April’s background is originally beauty therapy, though when she started working in the field of cosmetic medicine, she realised there was a very different skills set needed to properly fulfil a position in a cosmetic medical practice.  At the time, there were no educational courses to specifically provide the skills set required to work a cosmetic medical practice, so April commenced a Bachelor of Health Science in Biomedical Science at Edith Cowen University in Perth, Western Australia.

Using her experience in cosmetic medicine and beauty therapy and her newfound knowledge in biomedical science, in 2004 April wrote the first nationally accredited course in Dermal Therapies – The Advanced Diploma of Cosmetic Dermal Science. Originally this course was delivered through the vocational division of Curtin University, though in 2006, April established the Australasian Academy of Cosmetic Dermal Science (AACDS) as a Registered Training Organisation (RTO).

In addition to building a strong, profitable and sustainable RTO, April has several philanthropic ventures providing scholarships to refugees and asylum seekers and underwriting the Ligowe Epicentre in Malawi, Africa. April has recently (May, 2015) returned from Uganda on behalf of The Hunger Project Australia.

April is a well-respected businesswoman in both the cosmetic medical arena and the wider business community. She’s the winner of the WA Telstra Business Women’s Award (Innovation Category) in 2009, finalist for the WA Training Awards (Trainer of the Year) in 2010 and the winner of a 40UNDER40 award in 2014.

Outside of business, April has a passion for flying and sailing. She is a competitive sailor, skippering a Sydney 32 out of South of Perth Yacht Club. Although her pilot’s licence has lapsed, she hopes to follow in the footsteps of her mother and become a flight instructor at a later stage in life.

April is married and is a mother of two children aged 13 and 8. 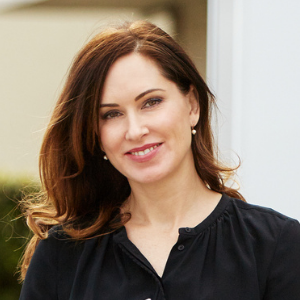 Linda’s career began with Diploma of Beauty Therapy and Electrology, this quickly progressed to opening her own business incorporating Beauty, Dermal Therapies and Appearance Medicine. The next chapter was for Linda to share her skills and wealth of knowledge with others so she gained her Cert IV in Training and Assessing to become a trainer and assessor. Leading on from this was a role as Deputy Principal of a Registered Training Organisation (RTO).

In 2004 Linda sought out a training provider to formalize her skills and knowledge in Dermal Therapies and was one of the first student to complete the Advanced Diploma of Cosmetic Dermal Science through the Australasian Academy of Cosmetic Dermal Science (AACDS). Her passion for learning did not stop here, she then went on the achieve a Diploma of Business, Certificate of Higher Education in Cosmetic Science, and most recently is studying a Masters of Business Administration (MBA) specialising in Entrepreneurial Leadership.

As CEO Linda now manages operations within Niche Education Group (formerly AACDS) who offer a range of niche courses for the cosmetic medical industry and beauty courses from industry training packages. Business development is a key part of the role as is compliance and Linda has been instrumental in achieving CRICOS and Vet Fee-Help status for Niche as well as implementing several successful training partnerships throughout Australia in line with Niche’s strategic plan to grow the organisation.

Having had her family early in life Linda then pursued her career and is a self diagnosed workaholic, with future plans for travel, recreation and more family time. Linda has two daughters and four delightful grandchildren. 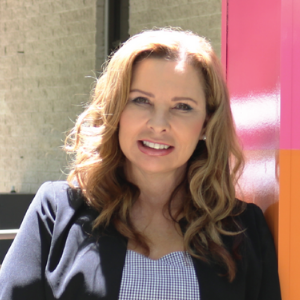 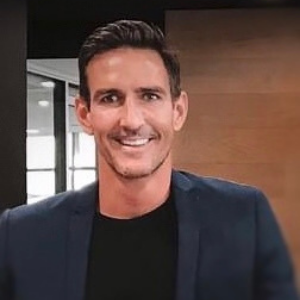